We believe in nurturing and developing long-term relationships with our customers by understanding their unique financing requirements and offering the most appropriate financing solutions.

We offer a comprehensive suite of corporate solutions that meet the requirements of our customers. Our expertise includes:

In line with our vision, the following fund-based products help our customers to achieve their short to long-term business objectives:

Al Baraka Bank (Pakistan) limited offers a wide range of Shariah compliant products and services to cater the different needs of your business. If you need to purchase raw materials for your business or trade in your goods then the followings are the suitable products to meet your business demand.

Musawamah Spot is a transaction where the bank procures the goods from the market through its agent and holds them under the supervision of the bank’s approved Mucaddam. After that, those goods are sold to the customer in tranches or in full as per the requirement against cash/ spot payments, unlike Murabaha where inventory is sold at once on a deferred payment basis and profit is fixed for the tenure. This results in non fixing of the profit for the entire tenure and customer has to pay the profit only from the day of disbursement of financing till the day of sale of goods.

Tijarah is a short-term financing facility suitable for Exporters/ Corporates who need to generate liquidity by trading in their finished/ manufactured goods. In Tijarah, Bank purchases the finished/manufactured goods from the customer and sells them to the market or exports them. In most cases, the customer is made Bank’s agent to sell the goods in the market or export them.

Istisna is a specific type of sale transaction whereby a commodity is transacted before it is manufactured. It is the contract for manufacturing goods as per particular specifications. Istisna Finance is used to cater the working capital requirements of customers involved in the manufacturing of goods. It is ideally suited for exporters and manufacturers who have export orders.

In order to meet Medium to Long Term Financing requirements or to expand the Business operations, the following solutions are available to our valued customers:

This is a Sharikat-ul-aqd based financing facility offered to the customers where the Bank participates in the operating activities of the customer and shares profit and loss as per the actual performance of the business. This product is used as a viable financing solution for Service Industry

The concept of Ijarah is similar to Leasing in conventional Banking. Ijarah is a contract whereby the owner (Bank) of assets transfers its benefits (usufruct) to the customer for an agreed period, at an agreed consideration. In Ijarah, the corpus of the leased asset remains in the ownership of the lessor (Bank) and only its usufruct is transferred to the Lessee (Customer). During the entire term of Ijarah, the Bank being the owner of the assets retains the title of ownership and also, bears all risks and rewards pertaining to ownership. All the risks related to the usage of the assets are borne by the lessee (customer). Ijarah can be availed for the financing of plants, machinery, buildings and all the other fixed assets.

Diminishing Musharakah is a commonly used mode of financing for the acquisition of fixed assets. It is a type of Musharakah where the Bank and Customer jointly purchase the asset in defined ratio of ownership. The Bank’s ownership of the asset is divided into a number of units and the customer periodically purchases these units from the bank over a specified period. Over time, the customer purchases all units owned by the bank and becomes the sole owner of the asset.

Project finance is the long-term financing of infrastructure and industrial projects based upon the projected cash flows of the project. Al Baraka Bank offers tailor-made solutions for complex projects through its range of Shariah compliant products and services. Through project financing, Al Baraka offers solutions for infrastructure, industrial and other long-term projects.

Al Baraka Bank offers tailor-made Shariah compliant products and solutions to exporters and importers who require Islamic financing to cater for the diverse and unique needs of their businesses. We have a wide range of products and services that not only fulfil the demands of importers and exporters but through the International Network of Al Baraka Banking Group, various services and facilities are available as per the requirements.

Based on various Islamic modes of finance, the following is a complete range of products and services that are available for importers and exporters:

The primary aim is to partner with our customers by suggesting practical, cost-effective and structured solutions so that they can make the most of the business opportunities that arise and maximize their financial returns.

The following range of advisory and structured finance solutions help our customers in pursuing their business strategies and operations: 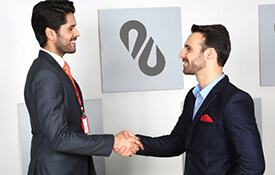 Current Account can be opened in one of the listed currency below with no restriction in the number of withdrawal and deposits. 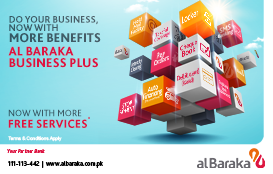 Al Baraka Business Plus Account has evolved with time to offer ease, flexibility and a wide range of unmatched free services. This product is specially tailored to match all the daily needs of business class and individual customers. 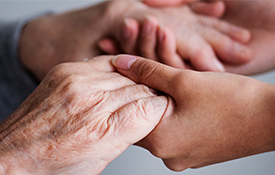 Al Baraka Shafqaat Account has been introduced as socially responsible banking services for most valued segments of our society in order for them to make their routine transactions with premium customer support along with healthy return on their investment. Al Baraka is the only full-fledged Islamic bank to offer such account services for the target market mentioned herein. This account comes along with a wide range of free services and benefits. 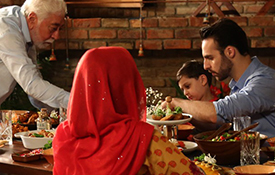 The International Bank Account Number (IBAN) is an internationally agreed means of identifying bank accounts across national borders with a reduced risk of propagating transcription errors. It was originally adopted by the European Countries and later adopted internationally with SWIFT as the formal registrar

In Pakistan, the IBAN consists of 24 alphanumeric characters: first the two-letter denotes the country code (PK), and then two check digits, and finally a country-specific Basic Bank Account Number (BBAN), which in segregated in Pakistan as a bank’s identifier (4 digits) and the account number (16 digits).

The aim of IBAN is to reduce errors in money transfers made through banks and other financial institutions, across the world and standardize the result from such errors. With the help of IBAN the transferred money passes from the sender’s account to the receiver’s quickly and without error. This reduces the holding period of the transaction and its cost.

Currently the form and length of account numbers is different for every country and every bank. As a result of this lack of standardization, customers who transfer money to another country or bank can’t be sure the accuracy of the account numbers they receive from people with whom they will be making a money transfer.

Particularly when buying and selling properties or services is at issue, there are different account numbers on the bills coming from many different sellers and this leads to the possibility of mistakes being made in the transfer process. Consequently, money transfers that made with wrong account numbers fail to go through. When the money reaches the receiving bank it is understood that the account number is faulty. To correct the faulty transactions, many different operations are required, extending processing times and increasing costs.

In countries that have adopted the IBAN system, an IBAN is assigned to every bank account and given to the account holder. The IBAN has a specific format and standard for every country. When a customer wanting to transfer money to another country or bank gives his or her IBAN to the sender bank, the receiver accounts’ IBAN is checked in the receiver bank before the money goes to the receiving bank. If the IBAN is faulty, money will not be sent to the receiving bank and the faulty transaction will be canceled.

Assume that Mr. Salman who lives in Dubai wants to send a money order to his brother Fahim, who lives in Pakistan.

As Fahim doesn’t know his IBAN number, he will go to his bank to learn it.

After Mr. Salman learns the IBAN of the account to which he is sending the money order, he goes to his own bank in Dubai. Mr. Salman gives his brother’s IBAN and tells them that he wants to send a money order to this account.

The authorized person from Mr. Salman’s bank will check this IBAN number to make sure that it is correct. If the given IBAN number is correct, the money transfer will be processed.

The money transfer has been conducted with correct IBAN number. When the transfer message coming from Mr. Salman’s bank in Dubai reaches Mr. Fahim’s bank in Pakistan, the funds that Mr. Salman has sent will be passed on to Mr. Fahim’s Account automatically.

The same IBAN of Mr Fahim can also be used by his cousin Mr. Saleem Mufti living in Germany.

Are you sure you want to submit the following details? 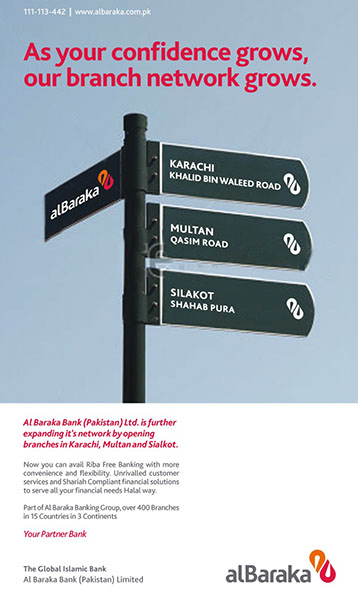 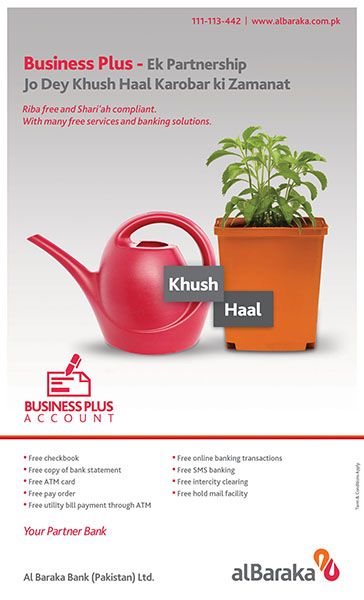 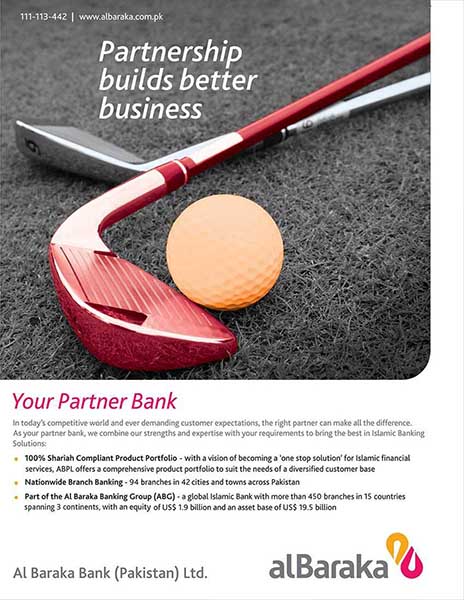 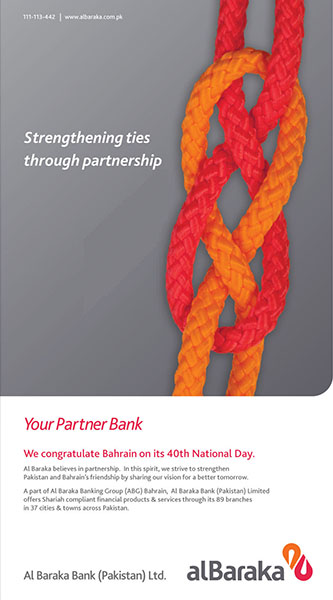 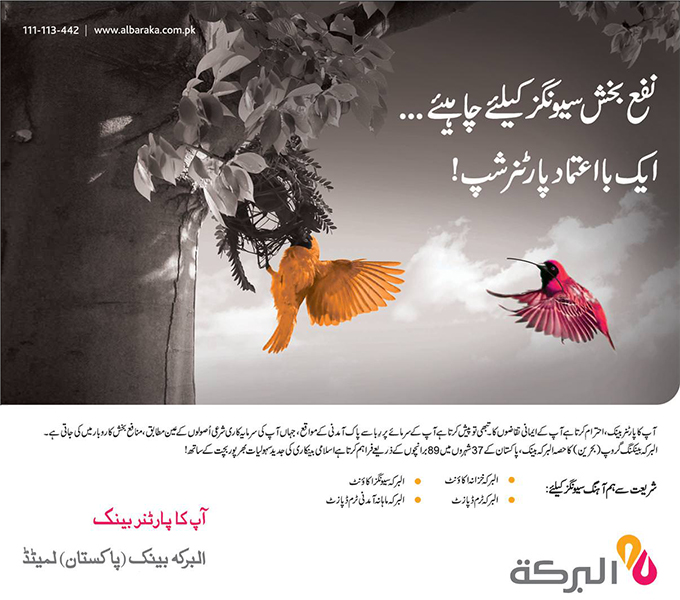 Thank you for completing this survey.

Your valuable feedback will be used to monitor customer satisfaction, so as to ensure that services are delivered consistently. If you have any queries please feel free to contact our 24/7 helpline at 111-113-442.

Thank you for completing this form.

Thank you for writing us.

Our team will coordinate with you accordingly.

Thanks for taking the time to apply.

Our team will coordinate with you, If criteria is matched.

Thank you for contacting us.

Our team will coordinate with you accordingly. In case of urgency, please feel free to contact our 24/7 helpline at 111-113-442.

Thank you for Submitting this form.

We are happy to note that you have not encountered any problem at Al Baraka Bank (Pakistan) Limited. However for any further assistance please feel free to contact our 24/7 helpline at 111-113-442 or visit our nearest branch.

Thank you for your valuable feedback. In case your complaint/grievance still persist, please feel free to write us at : complaints @albaraka.com.pk. You may also contact our 24/7 helpline at 111-113-442 or visit our nearest branch.